I am working on a re-read of The Wheel of Time series with my friend Hannah (check her out on instagram: @booknerdnative) and we are wicked excited for the series that is going to be coming out on Amazon based on the first book: The Eye of the World. The last few day’s we have been discussing our dream cast for the show and I thought it would be fun to post mine here (minus spoilers of course)!

The Eye of the World is the start of this story that is set in an epic world where magic exists but only women can use it safely. We follow five of our main characters, Rand al’Thor, Perrin Aybara, Matrim Cauthon, Egwene al’Vere, and Nynaeve al’Meara who are on a dangerous journey led by Moiraine Sedai and Lan Mandragoran her warder. These five are thought to be important because Moiraine believes one of them might be the reincarnation of an incredibly powerful individual, who prophecies say will either save humanity or destroy it.

I am about half way through in my re-read of The Eye of the World, so I’m going to focus on the characters that I have been introduced to so far:

My casting for our lead role, Rand al’Thor is Richard Madden, you know him from Game of Thrones (Robb Stark) and the prince in Disney’s live action Cinderella. Rand al’Thor is a red headed farm boy from the Two Rivers who ultimately becomes the heart and soul of this story.

So Perrin Aybara is one of my favorite characters in this whole story, he’s quiet, soft spoken, thoughtful, and I imagine him to have the ability to give the most adorable puppy dog eyes at you. So with that in mind, there is no one who could play Perrin better than Noah Centineo. You know Noah as Peter “whoa whoa whoa” Kavinsky from Netflix’s To All the Boys I’ve Loved Before and Jamey from Sierra Burgess is a Loser.

Matrim Cauthon is the last of our Two Rivers boys and the more rambunctious, trouble maker of our three leading male characters. Rami Malek has that boyish charm and the look that I imagine Mat to have. Rami Malek has starred in Mr. Robot but I think his ability to show the passion, sensitivity, and vulnerability as Freddie Mercury in Bohemian Rhapsody is what speaks to me in his ability to play Matrim.

For our fourth lead character (and first female lead) I think Chloe Grace Moretz has the chops to play Egwene al’Vere. A young woman from the Two Rivers who grew up with our other four leads, she is strong and yet innocent and a little naive when she starts out on their journey. I think the combination of Moretz’s look of innocence and her steely resolve (think Hit Girl in Kick-Ass) that makes her the perfect Egwene.

Nynaeve is my favorite, bad ass, take no shit (especially from men), female character in this story. She is what I think of when I think of strength and the power of women in this world. She is a young woman who knows what she believes in and is willing to fight for it, and those that she loves. Zendaya, Spider-Man: Homecoming and The Greatest Showman, has that fiery spirit that would bring Nynaeve to life. 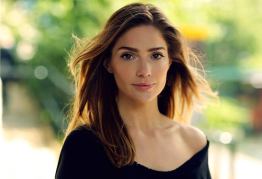 So British actress Jennifer Montgomery not only looks perfect to play one of our mysterious, brave, strong female leads – Moiraine Sedai – but she has the acting skills to do it as well. She was on the tv shows Merlin and the movie Black Swan, and she’s currently in the show Salem playing Mary Sibly – a powerful witch. I honestly think we don’t need to look further than Montgomery to cast the perfect Moiraine. 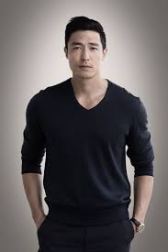 Okay – so here I need you to take some liberties with me. Lan is never *described* as being of asian decent BUT my brain has always pictured him either being Asian or Native American. Henney currently stars in Criminal Minds as Matt Simmons, an FBI agent, and he was the voice of kind and smart Tadashi in Big Hero 6. Henney has that build that I think would be perfect for Lan, as well as that soft side that only a few of our characters will get to see. Also, he’s a snack.

With her casting of Lara Jean in To All the Boys I’ve Loved Before we know that Lana can play the sweet innocent girl next door, but what I’m intrigued by is her casting as the katana-wielding bad-ass Saya in Syfy’s new show Deadly Class based on Rick Remender and Wes Craig’s comic book series.

These next two – I don’t think I need to explain myself. It’s just … obviously. 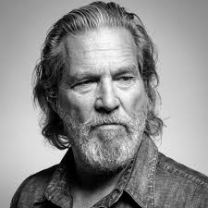 With all of that said, I think our five lead actors and actresses should be unknown teenage actors/actresses who can jump start their careers by doing a show based on a book series with 14 books that they can grow with. They can grow as the characters and as actors with Amazon and The Wheel of Time series.

Who would you love to see as actors on The Wheel of Time series from Amazon?

3 thoughts on “Dream Cast: The Eye of the World”